The following is the February blog post by Inclusive Community Artist in Residence Johnny Trinh. To read more about Johnny’s Residency, click here. 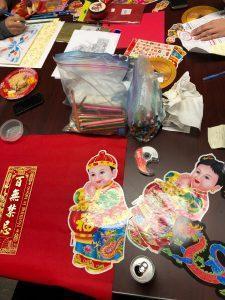 “I helped build this building.”
“I’ve been off heroin for 10 days.”.
“I stay with my brother sometimes.”
“I painted the artwork on the walls.”
“I used to live in Saskatchewan, in a haunted house!”
“My family and I don’t get along very well.”
“I donated all this stuff.”
“I’ve been homeless since I was 12.”

These are some of the first stories shared with me. I didn’t know what to expect when I first entered the John Howard Society Lower Mainland CSO. I’ve had years of experience working in and with communities facing social barriers. The most important lesson I take with me is that no two communities are the same. I have the privilege of taking over the role as Artist in Residence at the John Howard Society Lower Mainland. I do this with respect and support from my predecessor, the incomparable Lindsay Wong, whose book “The Woo Woo” just made the Canada Read’s List this year.

During the changeover, I had the pleasure of attending a couple of Lindsay’s sessions, and gradually immerse myself into the CSO. We brainstormed many ideas of possible activities, programs, and projects that the participants could work on. When the opportunity arose for me to take on this role. I was eager to the possibility of sharing my art practices, and being an artist. And though the team from JHSLM and CACV were enthusiastic, I maintained the possibility that I might not be the right fit. What if I couldn’t establish a strong relationship? What if our boundaries were not effectively set? What if I couldn’t earn the trust of the participants? I was curious if participants who show up, and if so, who would come? What stories would they have to share? 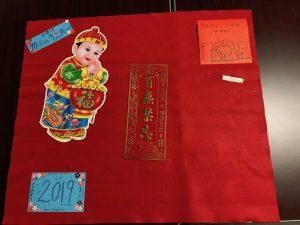 This is a community I have been welcomed into. I’m so deeply inspired by the amazing work done at the John Howard Society. From the support team, to the volunteers, to the staff- everyone there have created a space that resists stigma and isolation. Inclusion is fostered, and role-modelled for the diverse clientele that utilize the centre. I’ve come to realize that my approach, fundamentally, was too disconnected. I came in with a hard internal boundary, this mindset that I was an “artist” coming to support a community, and create powerful expressions of stories that could lead to some form of social transformation. My role set me apart, but the truth is, I am in a space where that separation is left at the door. Within the CSO’s walls, the patrons began trickling in over our first few sessions, continually growing, continually engaging. It’s been an amazing journey thus far.
In many ways, there is a liminality in the CSO. It is, by nature, a space of transformation and transition. During our first two sessions, due to flooding and other building issues, we were sharing the CSO with ACE Training programs. The extra noise and buzz helped stoke the excitement of running the program after the holidays.

There were several initial “Who is that? What is he doing?” as I would come in and bring out art supplies, and materials for us to work with. We would be introduced to each other, jokes would come easy, and the stories would start to flow. I came in with so many theatre games, activities, and studied strategies to help people articulate their stories… and we will still do them at some point. But the most rewarding aspect of this work has been sitting around a table, colouring to keep the hands busy and offer colours to distract the attention, while telling stories.

This past week was my 38th birthday. My birthday coincides with Chinese New Year/Lunar New Year. I’d spent the previous two weeks getting to know participants, noticing that more and more clients came each week. So for New Year’s, I decided to bring in many decorations, and treats traditionally offered during the first few days of the New Year. We had egg tarts, almond biscuits, fruits, and sesame treats.

Using much of the decorations (red envelopes, figurines of Chinese deities) we would repurpose them to create well wishes for the 2019 Year of the Pig. Creating charms, and other banners that we attached to a large red felt cloth. It was also here, that I learned about the Hobiyee, and the Nisga’a Nation’s celebration of the Lunar New Year. Clients started telling me about how some First Nations celebrate, and the events here in Vancouver.

I relate to the patrons of the John Howard Society in many ways. As we continued to eat, create well wishes, and tell stories, the discussions around New Year’s, family traditions, birthdays, also revealed the challenges many of the participants had experience. I shared some of my family, my challenges with housing and homelessness, and the intentionality of living 6 provinces, and 2 territories away. But as we chatted, and created art, I had pangs of nostalgia… a distant longing that was filled by all the people at the workshop. It felt so familiar, and familial.

One of the highlights was Fred, a participant, who delved into the story of how he travelled across Canada, living in a haunted house in rural Saskatchewan. I was able to connect to it through my time living in Regina. Soon, several of us, shared our experiences with the supernatural. I kept being drawn back to images of Hungry Ghosts and the haunted people that survive them. Within the John Howard Society, there is a continual push and pull between longing, and belonging. Whether coping with addiction, struggling with hunger, persevering through job hunting, and simply trying to survive. The image of the Hungry Ghost is often used as a metaphor for the people of the John Howard Society.

“The inhabitants of the Hungry Ghost Realm are depicted as creatures with scrawny necks, small mouths, emaciated limbs and large, bloated, empty bellies. This is the domain of addiction, where we constantly seek something outside ourselves to curb an insatiable yearning for relief or fulfillment. The aching emptiness is perpetual because the substances, objects or pursuits we hope will soothe it are not what we really need. We don’t know what we need, and so long as we stay in the hungry ghost mode, we’ll never know. We haunt our lives without being fully present.” Dr. Gabor Mate. https://drgabormate.com/preview/in-the-realm-of-hungry-ghosts-introduction/

Dr. Gabor Mate is a physician who focused on childhood development, trauma, and addiction treatment, spending many years working with communities from Vancouver’s Downtown East Side.

I have an invisible hunger, it gnaws at me, it is the manifestation of a deep seeded isolation, a loneliness that has been the root of all my desperate, regrettable decisions. It has also been the catalyst for my bravest choices, and drives a need to build community. There is a hunger at the John Howard Society Lower Mainland. I say there is hunger at the John Howard Society, and at the same time, it is where we hungry ghosts come to feast.