You are here: Home / Archives for john h. goodwin 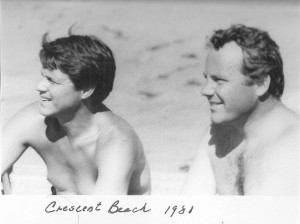 By Maziar Ghaderi, storyteller & visual communicator John H. Goodwin had been the president of the Community Arts Council of Vancouver from 1986 to 1989, but his roots with us dig much deeper than that. His father, Howard Goodwin, a successful Vancouver ad man was one of the five original founders of CACV in 1946. Being involved in arts and the community was a part of the Goodwin …