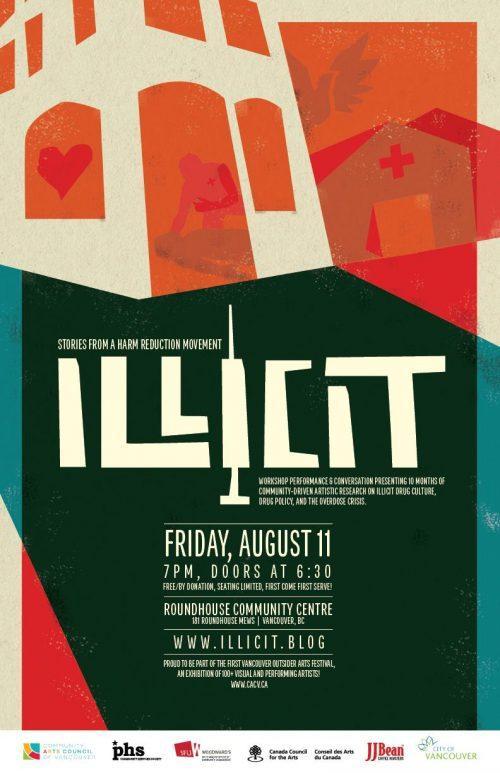 “On the opening night of the Vancouver Outsider Arts Festival, the Roundhouse Community Centre stage played host to the debut performance of Illicit: Stories from a Harm Reduction Movement.

Co-researchers performed to a very nearly full house; the audience was a healthy mix of our ever-supportive DTES community, as well as the wider public. Courageous performances from the cast were met with a standing ovation.

Consensus in the post-performance conversation was clear:

For more information on Illicit and future performances, read more on their blog.