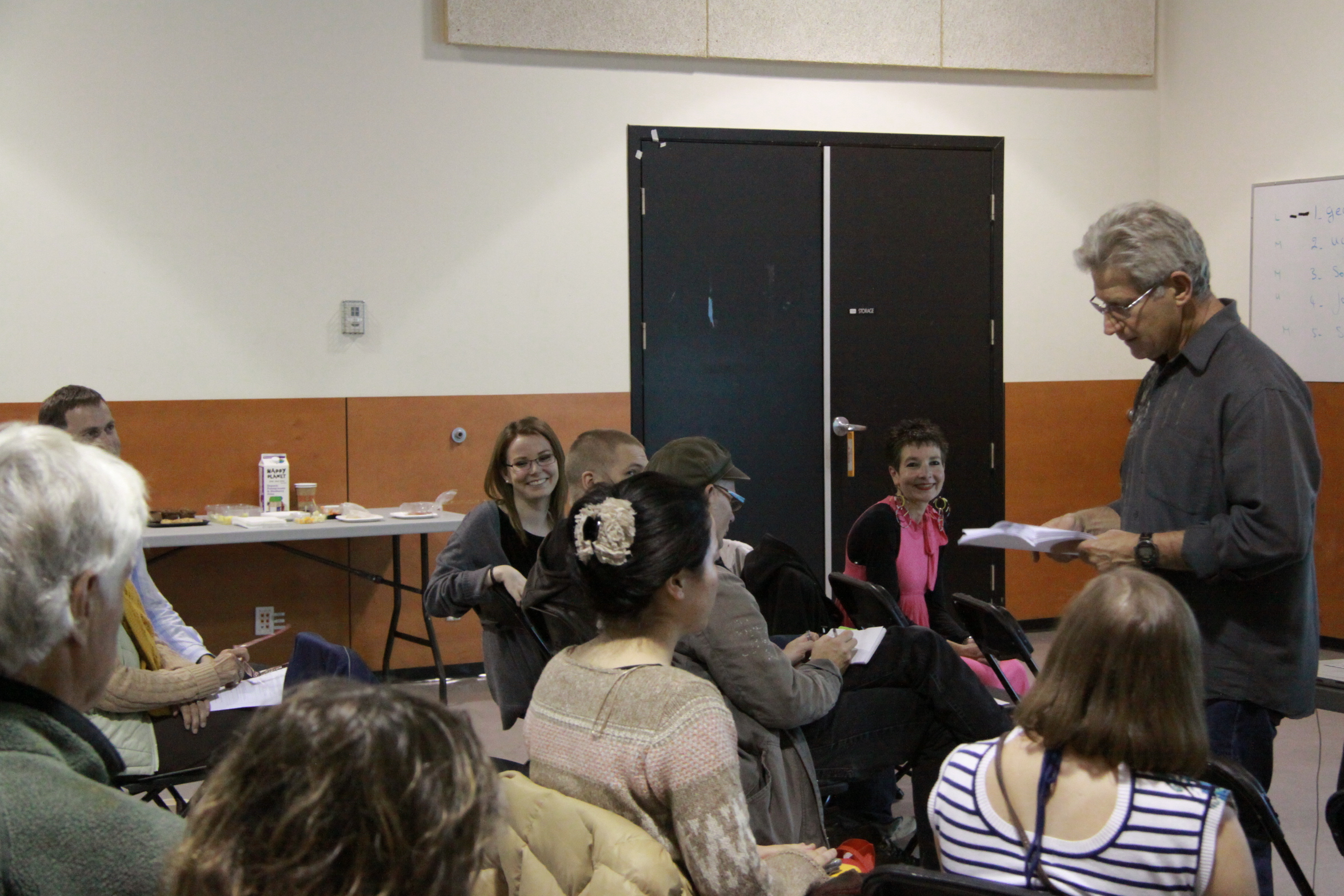 On September 26th Pierre Leichner, informed by his own experience as an earth artist and as an exceptionally well-read art aficionado, continued our education on the history of land art.

Although land art is an ancient art form, as evidenced by the Nazca geoglyphs of c. 500 AD, it came back into style in the mid 20th century when the Western landscape was dramatically changed by modern warfare and industrialization. Artists were reminded that humans had the capability to change the surface of the earth; their media was not limited to man made materials, but could also include nature itself. Instead of simply trying to emulate, capture and rival the beauty of the natural world, artists began again to experiment with the ways in which they could re-form and sculpt the land itself, and all that sprang from it. With time, land art became a powerful instrument that could protest, counteract, call attention to, and/or contrast with the destructive forces of the modern age.

Within the last couple decades, the practice of land art has increasingly departed from the nostalgic idealization of Mother Nature, and expanded to include the efforts of geographers, anthropologists, architects, and other eco-conscious citizens of the earth. With this expansion, land art has arguably become more accessible to the public, and those who create it sometimes even invite the community to engage in its production and benefits.

In keeping with the theme of the changing tides of earth art, the Community Arts Council invited three former Eco-Arts Salon presenters to share how their projects have developed over the last few years. Oliver Kellhammer told us about his adventures as a “botanical remix artist”, creating unexpected hybrids out of cuttings of divergent plant species. Lenore Rowntree of the Historic Joy Kogawa House described the success of their writers’ centre and yarn bombing project. Bruce Voyce presented photos of his most recent sculptures, and explained how they embody the idea that land art is transformation: not only do they repurpose plastic bottles, the “invasive species of the urban environment”, as garden structures, but they also evolve with the changing seasons and maintenance provided by the community that owns them.