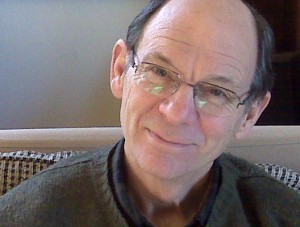 Ever since I began working and volunteering in Vancouver’s Downtown Eastside (DTES) 11 years ago I have been trying to understand the full implications of what I experience and learn each day I am in the community. What follows are my current reflections gleaned from conversations with many friends and colleagues who live and work in the DTES.

In speaking of the Downtown Eastside during Carnegie Centre’s 100th birthday in 2003, Rick Lam, then chair of the Chinatown Revitalization Committee, quoted local poet Anthony Dunne: Look past the look and see what you see.

Seven years later the DTES “looks” to have even more stark contrasts of affluence and of poverty – poverty of the spirit, of the body and of life’s material essentials. The tragedy would be if encroaching gentrification smothers what so many who are not of the community cannot see, the spirit of resilience amongst so many of those who do live here. For herein are lessons for the rest of Vancouver.

The future of the DTES is also a challenge and unique opportunity for Vancouver. This Olympic city has pioneered residential, work space and public space renewal in its downtown business districts and industrial areas. Now it can demonstrate that the renewal of its oldest inner city area is possible in ways that respect those who currently live here, their values and the integrity of their community and neighbourhoods. To do so we need to look past the look. Herein is the gift of the DTES to Vancouver.

There is a part of all of us in the DTES – our failures and tragedies, our successes, our inhumanity to one another, our love and support for one another, our giving up and our sheer determination to survive life’s journey. In the DTES they are writ large. Circumstance and choice have concentrated the intensity of life into this small area of Vancouver. But this is our humanity regardless of where we live.

It is from the intensity of life in the DTES that we all can learn. Vancouverites should take pride that our city is better today because residents of the neighbourhoods making up the DTES over the past 40 years took the leadership to halt the east-west freeway, to save and rehabilitate Strathcona housing, to improve safety in private hotels, to secure essential non-market housing, to create Strathcona Community Gardens and CRAB Park, to open the Carnegie Community Centre, to launch Canada’s first supervised injection site, to undertake a myriad of community business enterprises including United We Can, the only binner-created recycling enterprise in the country. As contentious as it remains for some in the DTES, the new Woodwards development would not have happened at all if there had not been community leadership to secure some affordable non-market housing and amenities that are of local benefit.

This same area is home to the largest resident-artist population in the city. More arts festivals and cultural events are held here than anywhere else. These arts activities are predominately indigenous; they emanate from within the community (and are one of the best hedges against gentrification). The annual Heart of the City Festival is an outstanding example of a truly inclusive community arts event – everyone who lives in the DTES is welcome to participate in art forms of personal interest. These community arts activities build on people’s strengths, they give voice to people’s life experience and to their dreams for themselves and their community. Most importantly, they build bridges among groups – across income and circumstance – within the community and without.

The point is that the residents of the DTES had to fight for these achievements on their own initiative. They were not handed to them. These accomplishments and the spirit behind them are true gifts to Vancouver.

There is nothing romantic about poverty and lack of choice. No favour is done to those who are poor and marginalized by romanticizing their condition. The opportunity for change in the DTES is an opportunity to make larger systemic changes and to create the material conditions in which the spirits of people can flourish, where people are freed from survival to build on their hard won accomplishments. This is change with continuity for the better.

This means building sufficient affordable housing. It means creating paid and volunteer employment consistent with people’s physical and mental health through community and traditional business enterprises. It means commensurate education and training and the provision of sufficient health and social supports. It means changes to public policies and laws to provide adequate incomes to those unable to work while removing disincentives to work for those who can. It means ending the war on drugs and redirecting these resources to policies and programs that will reduce poverty, marginalization and addictions.

Taking these actions benefits everyone, not just people living with low incomes in the DTES. People with low incomes everywhere will be better off. And so will the rest of the population (a recent study from the United Kingdom cites international comparative data to confirm that indicators of well-being for everyone are better when there is less systemic social and economic disadvantage).

This is a prescription for change and continuity that will see the DTES evolve as the healthy, sustainable historic heart of Vancouver. It will be a community composed predominately of people living with low and moderate incomes engaged in community life with all who live and work in the area regardless of income or personal circumstances. It assures that those who live in the area now will feel “at home” in the future.

The DTES will continue to be a community of neighbourhoods linked by geography and history. Their individual futures will be the stronger for working together to shape the identity of the DTES as a whole. And openness to new ideas and to Vancouverites who do not live in the DTES but who respect the area and its peoples can contribute to this future. The well-being of the city is influenced by the well-being of the DTES and the converse is also true.

The DTES will evolve in its demography and physical form. But what will be stronger then ever will be the continuity in values for how people can live together in community regardless of income or circumstance or ability or gender or race or culture.